Once the binding is on

I can check another unfinished project off my list.

This medallion quilt was begun years ago when I was first learning to quilt. it began as part of a round robin our guild was having.
I made the middle block then passed it to another member in the quilt guild to add a round to the design. the person could choose to continue by adding strips, blocks, borders, appliqué, etc. Then it was brought to the next meeting where it was passed to another person to do the same, this would continue until it was deemed to be passed back to the original person to complete it.
Usually it would be large enough to be a completed quilt top to just bind but this time the round robin was cut short for some reason and so the project was tucked away to be completed at another time....
I think the date on the card along with the names of people who participated was 2006.
Next step is to get the binding on and then onward to another unfinished project. 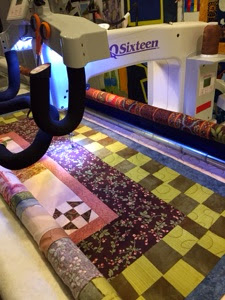 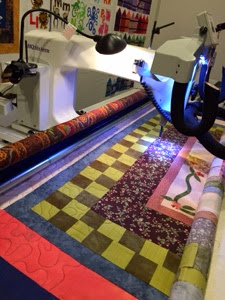 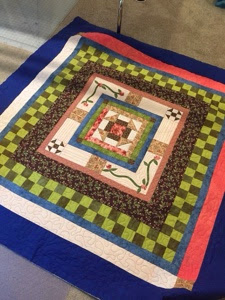 Posted by TJM wanna be quilt artist at 10:39 PM No comments:

I keep asking myself what was I thinking...
Yet I am too stubborn not to keep moving along. 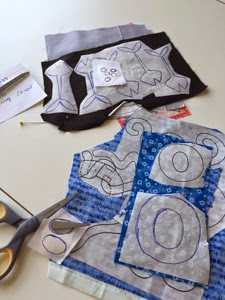 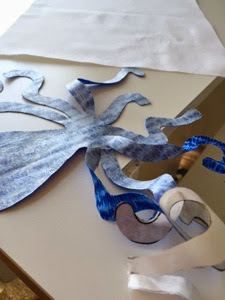 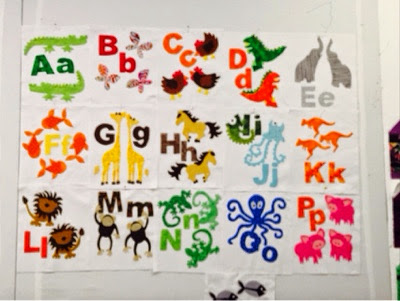 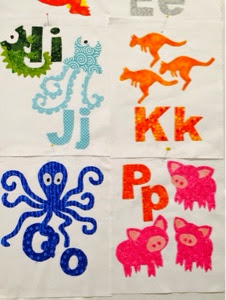 Posted by TJM wanna be quilt artist at 10:29 PM No comments: 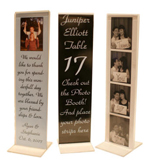